Jacquard is the embossed pattern of textiles interlaced by warp and weft. There are many types of textiles, and jacquard fabrics are one of the major categories. Jacquard fabrics can be divided into home textile materials and fashion fabrics. As early as the ancient Silk Road, Chinese silk is famous for its jacquard weaving. Embroidery is just a kind of decoration. Generally, the embroidered fabrics are all plain-encrypted fabrics, and the jacquard is relatively high-grade. The requirements for the cotton yarn can be raised, and the quality of the cotton yarn cannot be formed. The jacquard is also It is divided into plain jacquard and twill jacquard. 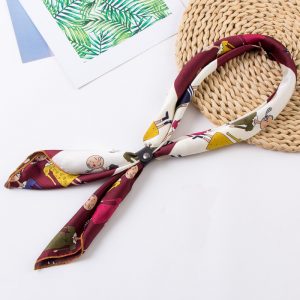 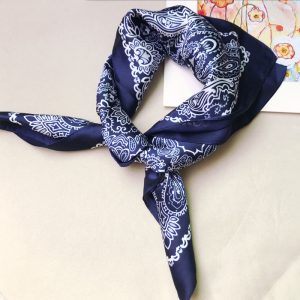 The jacquard process originated from the original waist machine picking. In the Han Dynasty, this method was used for oblique looms and horizontal looms. A flower color structure of a knitted fabric also called “large pattern organization”. The yarn mat is formed by knitting a loop on a knitting needle selected according to the pattern requirements. Jacquard tissue can be formed in weft-knitted or warp-knitted, single-sided or double-knitted fabrics. The fabric pattern is larger and the pattern is more complicated, such as brocade, satin, silk portrait, silk landscape, and jacquard quilt fabric. Jacquard tissue needs to be weaved with a jacquard weaving mechanism. Weft-knitted jacquard weaves a jacquard course by two or more looping systems. Each looping system only loops on those needles that are selected according to the pattern, and the looped needles are taken out of work, the new yarns are not placed on the needles, and the old stitches are not on the needles. Take off and release the jacquard coil to the newly formed coil until the next looping system is in the loop. 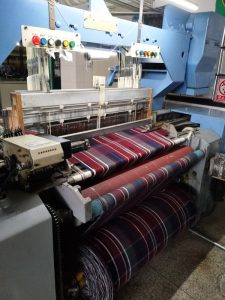 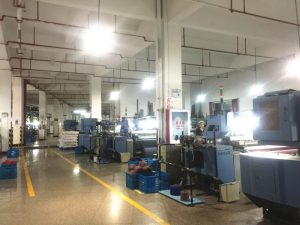 Washing: The clothing is woven with protein-like delicate health care fiber. Washing should not be rubbed in rough articles and washed with washing machine. The clothes should be immersed in cold water for 5 to 10 minutes, and low-bubble washing powder or neutral soap should be synthesized with special silk detergent. It is light and sloppy, (if it is a small piece of fabric such as a washing scarf, it is also good to use shampoo), and the painted silk dress can be rinsed repeatedly in clear water.

Drying: After washing, the clothing should not be exposed to the sun. It should not be dried by a dryer. Generally, it should be placed in a cool and ventilated place to dry. Because the ultraviolet rays in the sun easily make the silk fabric yellow, fade, and age. Therefore, after washing silk garments, it is not advisable to twist the water. It should be gently shaken, and the opposite side will be spread out and dried to 70% dry and then ironed or shaken.

Ironing: The anti-wrinkle performance of the clothing is slightly worse than that of the chemical fiber, so there is a saying that “no wrinkles are not real silk”. After the clothes are washed, they are wrinkled and need to be ironed to be crisp, elegant and beautiful. When ironing, dry the clothes to 70% dry and then spray the water evenly. Wait for 3-5 minutes and then iron. The ironing temperature should be controlled below 150 °C. It is not advisable to press the iron directly to avoid the aurora.

Preservation: Preservation of clothing, thin underwear, shirts, pants, skirts, pajamas, etc., must be washed first, ironed and then collected. The autumn and winter clothing, kneading noodles, Chinese clothes, and cheongsam that are inconvenient to be washed and washed should be cleaned by dry cleaning and ironed to prevent mold and sputum. After ironing, it can also play a role in sterilization and pest control. At the same time, the boxes and cabinets for storing clothes should be kept clean and sealed as much as possible to prevent dust pollution.

Our scarf manufacturers provides customized scarf services, the detailed process can be found in the custom page.